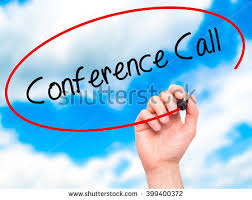 Hi people, so am sure your wondering how my dinner went. It was too good, I honestly would have regretted if I didn’t go and then later found my self looking at peoples snap chat stories. It was really worth it, I totally slayed in the dress, make up on fleek (of course, done by me) .Yes, I said done by me . That I don’t do make up on a regular, doesn’t mean I cant do it at all. Totally a self make-up artiste lol..i could try beating your face if you come to me though.

So, enough about the dinner talk. In between the rush of everything, trying to make sure I was ready, for the dinner, I observed something very interesting and sad at the same time. I got into this cab, and the driver was a very old man. When I mean old, like slow speech, really shaky hands and all of that. Well, I was a little bit scared because I was sitting in front and I kinda didn’t really trust his driving was good enough. I mean, his hands were shaky and am like hope he can drive us comfortably.

It so happened that too my greatest surprise, he did and then, I became a little bit sad. Here was this old man who was supposed to be resting, having his grand children fend for him but no the reverse was the case. We see youths all around, blowing up money in the club and squandering anyhow. For one, its never their hard earned money most of the times, its their parents money. For two, If its your own money, its allowed.. even if its not yours its still allowed but knowing how to spend it is the case. Then later, if you actually study these guys…they still leave with their parents and are yet to make a living.

Back in the days, our presidents and nationalists were really young.. they carried out nationalistic movement but then these days the reverse is just a case. Yet we keep complaining that our presidents are old but we’ve refused to take up the responsibility that comes with the mantle of leadership. We still want to be spoon fed but yet join in the daily criticism. Yes, our governments needs change. It needs to be youth driven by sensible youths and not youths spoon fed by their parents. Our parents should loosen their grip on us and let us stand on our own. Yes, we may make mistakes and fall but we’ll learn and stand up stronger and better.

This is a wake up call, not just to NIGERIAN youths, but to the youths all over the world. The time starts now, not later. We have the power to change and turn things around all over the world and to make things better for everybody. The more we delay, the more we encroach into the upcoming generation with nothing to show forth and no example set to follow. With that, society becomes more degrading and somewhat chaotic. Let us all accept the call, the call to serve and make the world a better place.