Well, this post was meant to come up last week, but due to some technical issues, I think I should say technical ANNOYING issues. Never the less, I still brought it back to today. So, we’ll be looking at AKINDELE OLUFUNKE AYOTUNDE A.K.A JENIFA. She is one of the popular, comic female faces in the industry right now, so I thought y’all should know how she started. 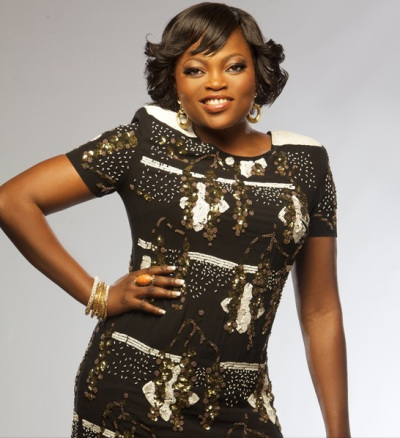 So, she was born on August the 24th 1976 in Ikorodu Lagos State, Nigeria. She is the second of three children, her mother is a medical doctor while her father is a retired school principal. She had her National Diploma in Mass Communication from Moshood Abiola Polytechnic. She further went to the University of Lagos where she obtained a degree in law. I think that should be all about introductions, down to her journey into the lime-light.

She started working with the television first before switching to the cinema hence ,her journey to limelight started when she featured in the back then popular sitcom by The United Nations Population Fund [UNPF], “I NEED TO KNOW” which ran from 1998- 2002. So basically she started acting around the period of my birth and one point to note specifically is that she was in her EARLY TWENTIES. Moving on, she went ahead with her movie in 2008, titled JENIFA. She was hugely involved in the Yoruba move industry during this period.

Well, we can say she took a break from the screen when she got married on the 26th of May 2012 to Mr. Adeola Kehinde. A year later, she got separated from him, citing irreconcilable differences. She probably took time to heal and move on as she released THE RETURN OF JENIFA and started the popular JENIFA’S DIARY, a comic and educative series of which I’m a very huge fan of. So, she had her trying moments and difficult years, but that didnt hinder her focus as she kept on forging ahead.

She left the Yorba movie industry [expansion] to Nollywood and eventually got married again in 2016 to Nigerian Rapper, Abdul Rasheed Bello popularly known as JJC SKILLZ in London. She also runs a non-governmental organization known as THE JENIFA FOUNDATION and she has featured in lots of movies of which she has many awards to her name. Well this is 2017 and one can say that she’s been in the industry for more than 15 years.

FUNKE AKINDELE was selected as our icon for today, not just because of her efforts and hard-work which is so evident but she is also a major source of inspiration to ladies mostly and the general public as a whole. Looking at all the movies she’s been involved in or produced, they ALWAYS have a message to pass to the general public. Her on-going series JENIFA’S DIARY, has a message for the society in every episode and season in itself.

It just highlights one thing, she has the zeal to impact and change the world in the little way she can through her movies and her comedy. She found her purpose with her talent and its making ways for her. Having awards, being an ambassador to companies out there and acquiring huge deals. The results for hard work is not just seen, it takes a lot of steps to finally see it. I hope this goes out to inspire and motivate somebody out there never to give up in whatever positive course that has been taken but to keep pushing and striving forward.