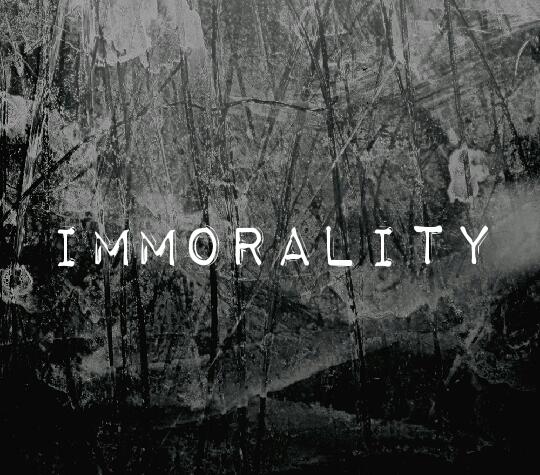 Hello people, and how is everyone doing. Hope y’all had a splendid day. Basically, I know the topic is already making you anxious and you’re probably thinking “is she going to be a critic? or is she going to judgemental and throw shades?. Well I’m really sorry to burst your bubbles and to disappoint you but your supposed thoughts are just a partial fraction of my original piece. So without much a do I’ll cut to chase.

I’ll start with the perspective of immorality your thoughts were revolving on. Basically, I don’t know about different societies of the world so I’ll stick with the African society because I strongly feel that’s were the huge canker worm on the word “immorality” resides in.

On the other hand, bringing it down to the proper african society, that’s how majority of our parents see the word “immorality” and now their mentality of that word is being passed down to we the younger generation. I mean I used to think that way until that gathering where I suddenly snapped out and realized that we were narrowing the definition of that word.

It’s simple, immorality is anything not morally right and that’s how it should be seen but this definition in itself is porous and not a definite reason because our definition of morals vary according to individuals. What my morals will justify, your morals may not support because as our faces are different, so are our actions, lifestyles and definitely CONSCIENCE and from what I’ve noticed it takes a whole lot to develop morals. It takes your environment, the people you hang out with, your mentality and mindset summing up to your personality in which your conscience is a part of.

I hope this piece has changed the mindset of someone out there, probably a typical African or a young generation African that almost has the plague of the cankerworm. The next time we hear the word being narrowed, we should try to dig deep and correct the usage if we can because it’s already in our sub-conscious.