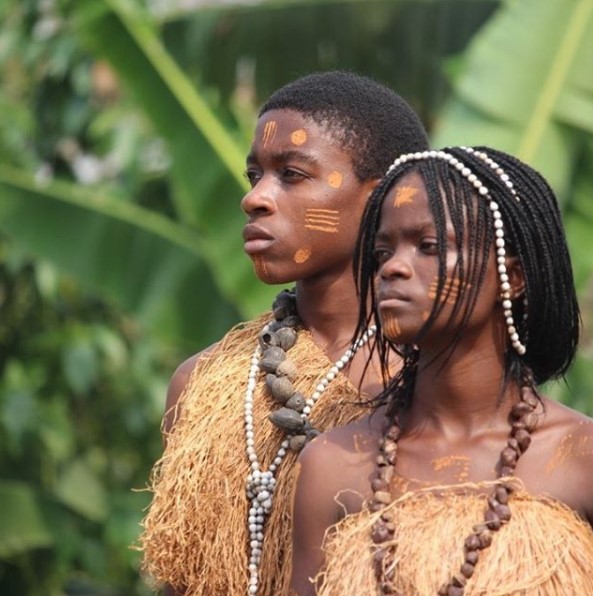 The local Spanish language spoken is known as Equatoguinean Spanish and it’s the major language spoken by about 70% of the total population. French and Portuguese were adopted official languages by the country to strengthen economic ties.

There are about 15 native languages spoken in Equatorial Guinea in which Fang, Bube, Kwasio, Seki and Batanga are the major languages.

Fang is the dominant native language which is the language of the Fang tribe. Fang is a Bantu language that is also spoken in northern Gabon and southern Cameroon. This language was used by Shakira in her song Waka Waka (This Time for Africa).

However, there are variants of the Fang language such as Ntumu by the Ntumu Fang people, Okak by the Okak Fang people, Make, Atsi or Batsi, Zaman or Nzaman.

Below are some common phrases in Fang language.

Hello (for one person) – M’bolo

Hello (for many people) – M’bolani

Where are you going – Wa kuh vay?

I want to eat – Ma cuma adji Thank you – Akiba