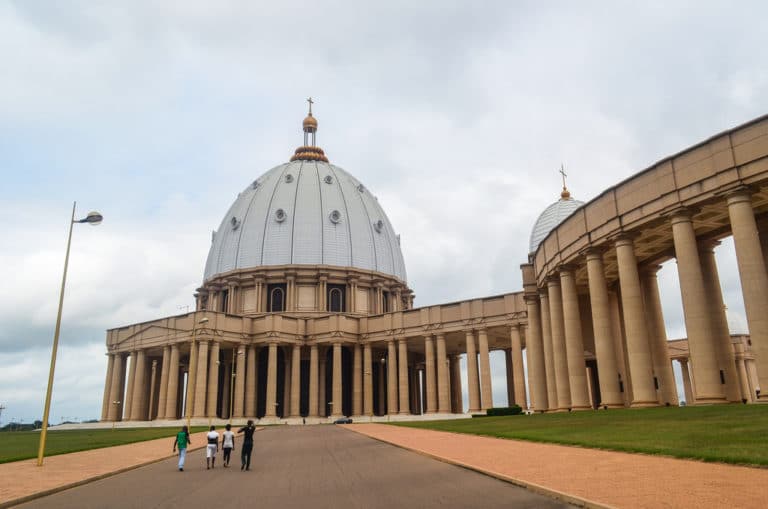 Ivory Coast, a West African country noted for its large cocoa production and the enormous Basilica of Our Lady of Peace of Yamoussoukro has a variety of places you’d consider visiting when planning a vacation, excursion or baecation.

Check out some of the places you should probably visit below:

This place is a nice attraction for tourists to visit when visiting the country for the first time or on business trips.

It is known for the colossal and enormous Basilica of Our Lady of Peace of Yamoussoukro, the largest Christian church in Ivory Coast.

This National Park is known to contain one of the last areas of primary rainforests from the remains of the Upper Guinean rainforests in West Africa, it covers an area of over 3,000 square kilometers.

It is composed of two sites; Tai and Djouroutu where you can observe chimpanzees and find Mount Niénokoué. There are a variety of flora and fauna which includes the endangered pygmy hippopotamus species, monkeys, duikers amongst others.

San-Pedro is located in the southwestern part of Ivory Coast which points out from the southern forests of Ivory coast. San-Pedro is the second-largest port in the country after the port of Abidjan.

It is a place where you can watch the splashes and waves of the sea colliding with huge sea cargos. Fishing activities cannot be left out too.

This is a protected area which is part of the Nimba Mountain (an area along the borders of Ivory Coast, Guinea and Liberia) in Ivory Coast and is a UNESCO World Heritage site.

The habitat composition ranges from lowland rainforests to grasslands with a good diversity of flora and fauna such as chimpanzees, otter shrews.

Bouake is the second largest city in Ivory Coast after Abidjan. It is located in the central part of Ivory Coast between the Ivorian North and Ivorian South. It is 50 kilometres northeast of Lake Kossou, the largest lake in Ivory Coast.