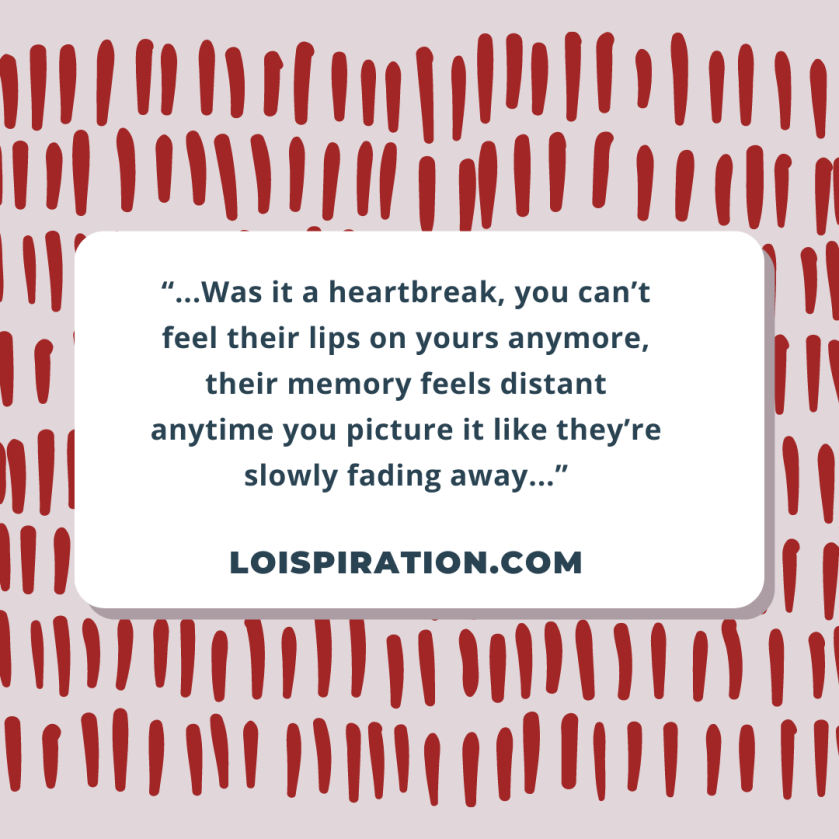 It’s a phenomenon, I would never be able to fathom. Frankly, I think no one will.

Situations, challenges, rough patches and it can either be interpreted as, tummy pit feelings and sour mood but ultimately, universally, tears.

Back to why I said I would never be able to fathom it. In the initial sense of it, it feels like you could go mental, you want it to stop, you want the hurt to disappear, you hate how it makes you feel inside, the torment is almost humanly unbearable.

But then with perseverance, one day at a time…

Was it a heartbreak, you can’t feel their lips on yours anymore, their memory feels distant anytime you picture it like they’re slowly fading away, like they lost touch of your reality, like other memories are occupying it.

Maybe like loss, you may feel their presence too but it doesn’t just feel the same.

But I guess you’ll have to come to terms with one fact: It’s a journey and when one route seems to be under construction, you tried to take the short cut or it was just a long route entirely, doesn’t make the destination unreachable.

It’ll fade away. Maybe not now, but with time it’ll hurt a little less. Enough for you to move on and feel enough with yourself.